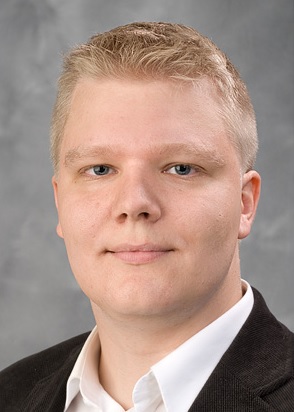 If the whole world’s data capacity is not enough to store the giant research datasets anticipated in the coming years, the SUPER study is certainly going to face some challenges. The SUPER study is highly comprehensive, extensive and significant, in terms of the data it has and will generate as well as its impact. “SUPER is one of the largest and most comprehensive psychiatric collections of clinical data in the world. In addition to gene samples, registry information regarding the course of the disease has been collected and patients have been interviewed,” confirms Markku Lähteenvuo, who was one of the national coordinators of the pilot study performed in Finland in 2016–2018.

The funding for the SUPER project is wholly through charitable donations: the Stanley family in the United States donated a significant amount of money after their son became ill with psychosis. In Finland, the research was led by the Finnish Institute of Molecular Medicine (FIMM) at the University of Helsinki in cooperation with the National Institute for Health and Welfare (THL).

SUPER is one of the largest and most comprehensive psychiatric collections of clinical data in the world.

According to Lähteenvuo, apart from the scientific and clinical interest generated by the research project, a unique feature is that the whole genome is being sequenced for the first time, with a psychiatric perspective. “We go through the entire genome from base to base. We look at the function of whole genes, and not just predict their function through individual changes,” Lähteenvuo explains. He continues, “We get to explore the areas of DNA that were previously considered the so-called junk DNA, or just a DNA support structure. In recent years, it has been noticed that in addition to acting as a support structure, many gene regulation tasks are performed in this area.”

Research can drive demons away
Currently, the approach of comprehensive international research has been to abandon old diagnostic classifications and to focus on research in psychosis.

Over 10,000 people with psychosis or a previous diagnosis at some point in their lives participated in the pilot study in Finland. After this pilot phase, comprehensive research will continue around the world: the aim is to map and compare disease genes around the world.

In many countries in Asia and Africa, comprehensive records may not be available from health authorities. Instead of clinical diagnoses, local communities may think that a person with psychosis is, for example, possessed by a demon. How can these individuals be reached and how can we get them involved in the research project?

“This is not a traditional ‘colonialist’ research setting where we collect information from patients and leave the country,” Lähteenvuo elaborates on the research approach in African countries. For example: “Specimen collections and subject contacts are designed, implemented and analyzed locally. The aim is also to increase the level and involvement of African scientific research.”

Paying it forward
In Finland, the feedback from the research participants has been largely positive: the participants perceived their own contributions as important and useful for future generations. Analyzing the collected research data and genotyping in particular, is a slow process, according to Lähteenvuo, and no conclusions or results can be drawn at this stage: “However, based on the preliminary analysis, I can say that the data is of very high quality and there are interesting phenomena that will help the field move forward.”

Current medications for psychotic illnesses do not cure illnesses but treat the symptoms. Through genetic analyses, we need to understand the causative mechanisms of psychosis and psychiatric diseases. Lähteenvuo adds that the research team and project sponsors both hope that in the future, disease intervention will take the form of preventing its occurrence and even reversing the course of the disease.

Lähteenvuo highlights the importance of personalized care in the future: “It is important to talk about psychotic illnesses like schizophrenia. However, I dare say that we are not talking about a single disease. For example, the occurrence of a psychotic disease may have started in 10 patients due to very different environmental factors and causes.”

Even today, in Finland, psychotic illnesses are associated with stigma, such as fear of ill people, misunderstandings about the causes of the illness, and feelings of shame. According to Lähteenvuo, these stigmas need to be tackled and eradicated by improving information and knowledge about these diseases and by actively investigating their mechanisms, progression, and consequences. “The most important thing to remember is that a disease does not define a person; it is just one part of the story. One should remember to get to know people as a whole,” Lähteenvuo encourages.