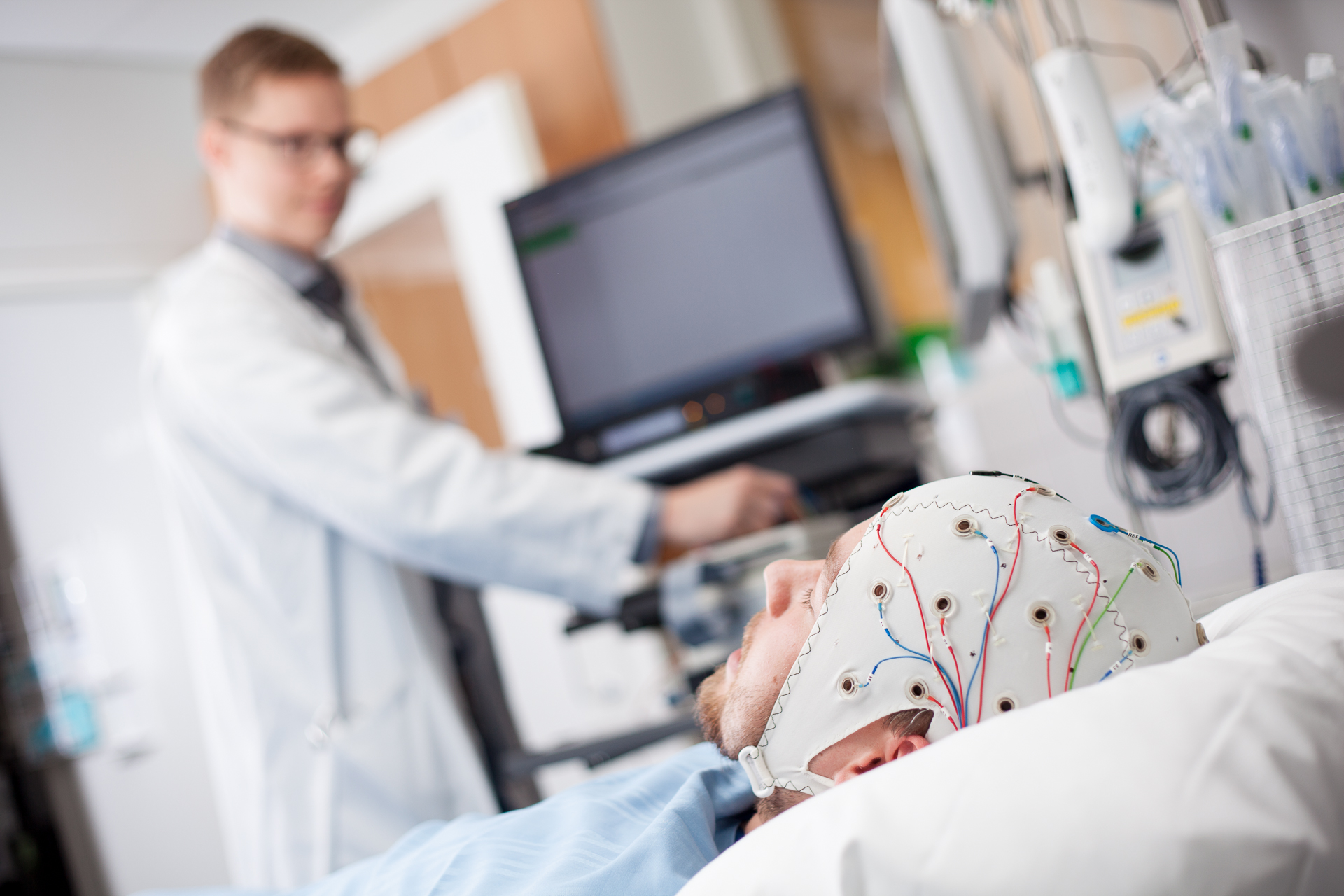 The Oulu-based company Cerenion was founded in 2017 as a spinoff from the University of Oulu. Since then, the company has been accelerating its efforts to prepare the medical software C-Trend for market entry. The first product to utilize C-Trend software will be launched at the turn of the year as part of Bittium’s hardware developed to measure brain electrical activity (EEG) in patients in intensive care.

Jukka Kortelainen, Founder and Chief Medical Officer of the company, says that the product idea was born out of the lack of available monitoring for the brain in the intensive care unit. “As a postdoc researcher, I started to wonder whether brain wave patterns could be used to evaluate brain function in patients under anesthesia. During a pilot study involving patients with cardiac arrest, the need for practical applications became obvious,” Kortelainen describes the motivation behind the commercialization of the research.

Initially, the core team of the company – Timo Koskela, Eero Väyrynen, Ilkka Juuso and Kortelainen – who started out on the path to their idea’s commercialization through the financial support of Business Finland (formerly Tekes), realized that the key to success was to supplement the company’s expertise with critical recruitment. Successful funding rounds, with the help of Business Finland, the EU Regional Development Fund and venture capital firms, have not only boosted recruitment but also enabled the core team to hop on the company’s payroll.

A major contribution to the early stages of commercialization of Cerenion’s research was the significant investment into innovation by the University of Oulu. “Several patent application families were initiated during our time in the university. We realized the importance of protecting our future product, as the path to commercialization was long. It would be a pity if, after an extensive period of development, someone could just copy our methods into their own product,” says Kortelainen. The investment in IPR protection has already borne fruit: Cerenion has recently won two patents both in the European Union and the United States.

In order to obtain the CE marking, it must be possible to demonstrate that the benefits of the product outweigh its risks. “The software we have developed is used to measure brain function in seriously ill patients. Clinical evidence is very important for such a product,” Kortelainen says. According to him, clinical research results are the best evidence not only for obtaining the CE mark but also as a marketing and sales tool. “Over several years in the university, the background work on our product has been comprehensive, and scientific and clinical validation has gone hand in hand since the start of the business,” Kortelainen explains.

The C-Trend software combines EEG measurement with machine-learning algorithms and uses AI to calculate a single value denoting the patient’s brain function on a scale of 0 to 100. The easy-to-interpret digital reading expresses brain function simply and clearly and assists nursing staff in their work in the intensive care unit. Kortelainen believes that in the future, Cerenion’s technology can be applied to the development of new brain therapies in the intensive care unit as well as to the evaluation of natural sleep.