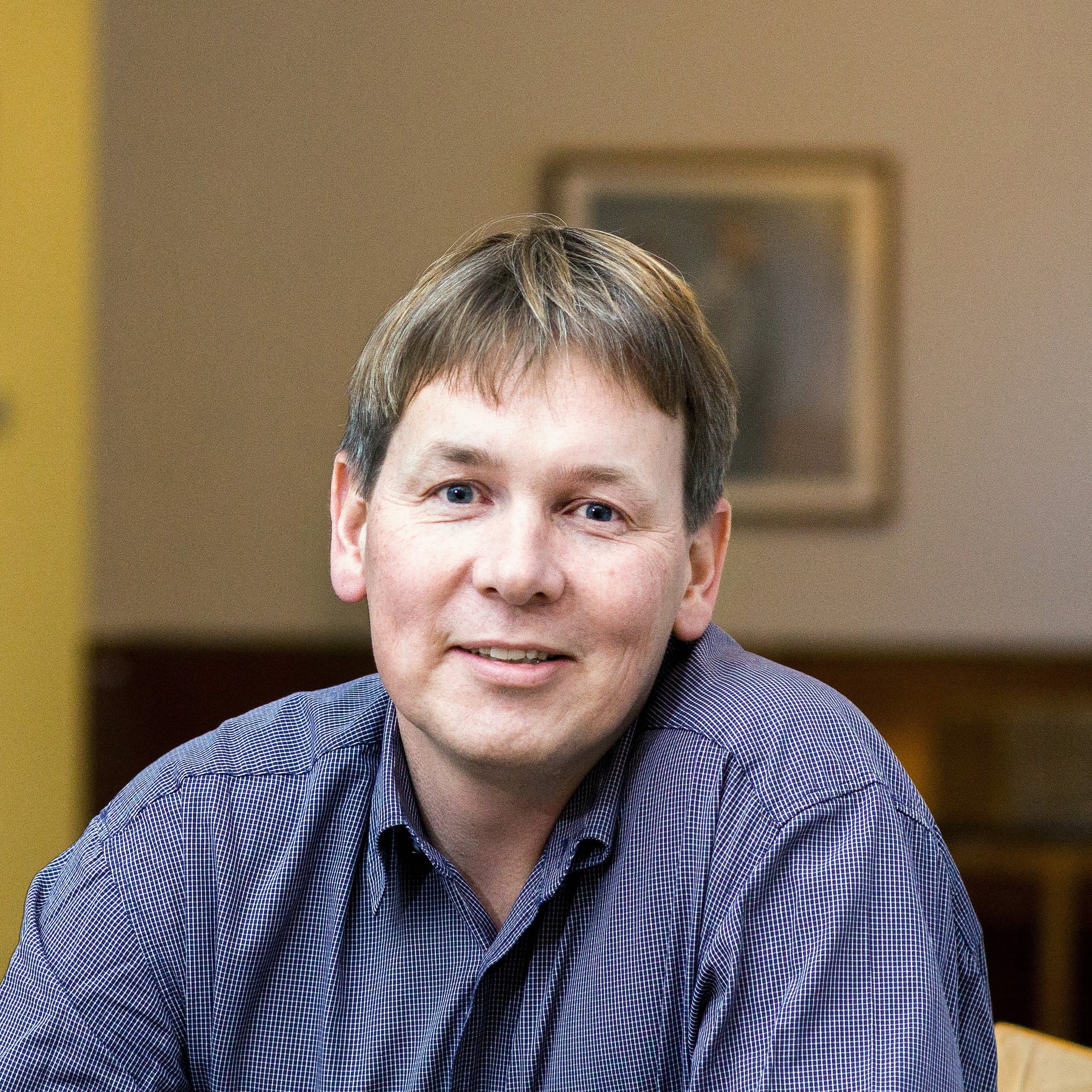 Sampsa Vanhatalo, leading researcher of the BABA Center and Professor in Clinical Neurophysiology, is a man of many talents. By the early 2000s, it had become necessary to obtain better measurement results of the cerebral functions of both premature infants and full-term babies. This led Vanhatalo to develop caps to record electric brain activity (EEG) in babies.

Vanhatalo explains that brain caps existed, but that they fit poorly on the heads of small babies and had too few channels. “Even healthy babies’ heads can be shaped very differently, not to mention infants with a neurological problem, when there is a clinical reason to study their brain activity.”

Before beginning to develop the cap, some basic research was necessary to determine if there were any benefits. What information or added value could be obtained by measuring babies’ cerebral functions with a cap containing a considerable number of electrodes? By 2006, the results obtained confirmed that additional channels would be beneficial. However, too much is too much: “On the market, there was a cap with over 100 channels, but it was too sensitive to a child’s motion. Babies move constantly, and even the smallest movement can easily destroy measurement results.”

Vanhatalo found a cooperating partner firm, Holland-based ANT, a subcontractor manufacturing caps for adults out of a garage. They had no design to suit babies’ heads but were ready to develop one according to Vanhatalo’s specifications.

“At that time, we were living in Lund, so I visited all the stores selling baby clothes in Helsinki and Lund. I would walk into a store and ask for samples of every different baby cap.” The collected caps were then fitted on the heads of Vanhatalo’s and his friends’ own babies. The only model that sat properly on a baby’s head without bulges was a Ruskovilla wool cap, but wool as a material would not be compatible with requirements set for hospital equipment.

The criteria was that the fabric should sit firmly, be flexible but not too loose, return to its original size after washing, and withstand all commonly used detergents. “Next, I made rounds in many fabric stores in Helsinki and Lund. I bought swatches of all possible stretchable fabrics such as chiffon, spandex, pantyhose, and swimwear fabric.” In the end, swimwear fabric had the best properties, although it was later replaced by a cloth used for technical sports shirts.

With a swimwear fabric swatch in his pocket, Vanhatalo headed for the Helsinki Metropolitan Area’s toy stores with a ruler. “I asked the salespersons in the toy departments to show me all the dolls whose heads were ‘correctly shaped’ with diameters ranging from 26 to 36 centimeters. The idea was that they would serve as models for different sizes of premature infants as well as full-term babies.” Vanhatalo noticed that only a few doll manufacturers were marketing infant dolls with realistically sized and shaped heads. “Most of the heads of the infant dolls looked more like footballs.”

Finally, in Itäkeskus Shopping Centre, he assembled a series of five differently-sized dolls from different stores that represented the developmental stages of premature infants and full-term babies. Vanhatalo purchased three sets of dolls; one remained for Vanhatalo’s own use and the other two traveled to ANT’s plants in Holland and Germany.

Vanhatalo hand-sew the first caps from wax paper. Through trial and error, as well as with the help of a dressmaker acquaintance, he finally found the kinds of patterns with various sizes of caps that would sit firmly on a baby’s head. Positioning the seams in places where electrodes could be placed correctly without disturbing comfort was an additional challenge.

From the kitchen and research to clinical work

The last missing piece in the product development puzzle was the gel that had to be wedged between the cap and the skin. “In terms of their properties, the brain cap gels on the market almost resembled a berry soup I had tasted in the army. It is completely okay for adults, but between a cap and a baby’s skin it flows away too easily.”

Thus, Vanhatalo once again assumed a new role, as a hydrogel chemist. Vanhatalo experimented with blends of gelatin and potato flour and consulted with Finnish cosmetics and foodstuff manufacturers. The need was to find an electrically conductive material that could be applied on a baby’s scalp through perforations in the cap, would suit the skin of a new-born baby, and would not flow away from its location on warm baby skin.

An Espoo-based foodstuff manufacturer suggested that methylcellulose – used as an ingredient in toothpaste and veggie burgers – might work. “I bought a 25-kilo sack of cellulose powder and experimented with all kinds of combinations until I found the right mixing ratio. At room temperature, the gel flowed nicely when applied on the skin, but when warmed by the baby’s skin, it hardened beautifully. For many years we conducted measurements with this do-it-yourself veggie burger ingredient.”

When the measuring was transformed from a research project to routine clinical work, hospital routines prohibited the use of the self-made gel. Because finding commercial potential for the product was difficult, large international companies were not interested in manufacturing it. The problem with the skin contact was solved by developing a sensor element for the electrodes that were implemented by a German partner company. The sensor elements at the edge of the cap were made with comfort in mind, so that they could be pressed tightly against a baby’s head, while the gels would not flow away.

A persistent problem in the entire product development process was the uncertainty of the “raw materials” in the components of the caps. Additional quantities of the specific doll models could not be found in stores. Fabrics were also difficult to come by, and the only way to ensure the supply reliability of a desired fabric was to purchase a kilometer-long roll at a time. Similarly, large sacks of cellulose had to be purchased to cover the needs for years.

“Many times, I sat at cafes in Esplanadi with the German and Dutch manufacturers trying different caps on the heads of dolls and comparing them. We undoubtedly received some strange stares from people.”

“The development of the cap would never have succeeded in the USA or many other countries.” In the USA, firms have to have millions of dollars in insurance as protection before they dare to test products and equipment on babies. “Legislation in Finland has allowed the clinical testing of a self-manufactured product in its development stage as long as there has been proof of its applicability and safety.”

The brain cap developed by Vanhatalo and ANT was approved by the U.S. Food and Drug Administration (FDA) after a study carried out at the neonatal intensive care unit at HUS showed that premies find the use of the cap no more stressful than a diaper change.

Vanhatalo praises his cooperating partners for their help with product development; the commitment from other researchers to the development work as well as the smooth processes both at hospital and at home in the family kitchen where the gels were cooked. Product development work with the manufacturers was also carried out in less conventional locations. “Many times, I sat at cafes in Esplanadi with the German and Dutch manufacturers trying different caps on the heads of dolls and comparing them. We undoubtedly received some strange stares from people.”

When discussing the commercialization of his research, Vanhatalo explains that he receives no royalties for the caps, nor has he patented the baby’s brain cap. He himself raises the question: “Then what is the point here?”

What Vanhatalo considers most important about the entire process is that a workable solution was found for measuring infant cerebral activity in the intensive care units of any hospital in the world. “Many hoped-for solutions are still missing from store shelves; researchers can play a key role in discovering, developing, and constructing them.” As the development work progressed, he also became the first researcher in the world to take babies’ EEG measurements years before anyone else; this provided a significant scientific advantage. The international recognition resulting from the development of the cap has generated a substantial amount of international cooperation projects, and with it, grants for the BABA Center.

“It is gratifying to see the influence of one’s work. Genuine change comes when you roll up your sleeves and do it yourself.”